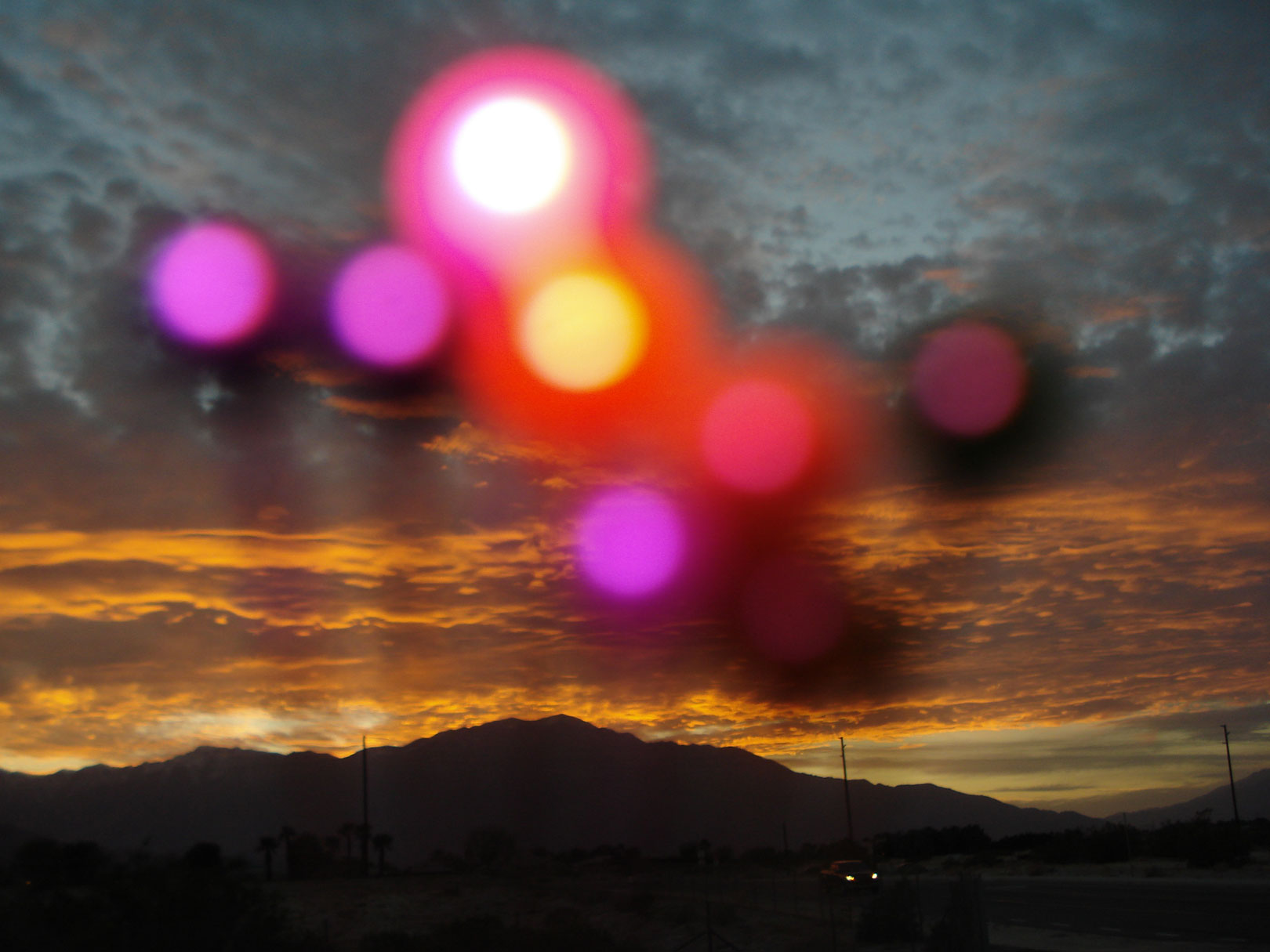 These are extraordinary! I so enjoyed meeting you, your photos are great. – Lita Albuquerque, artist (we were both in the group show: Skyscapes held at the Annenberg Beach House Gallery in Santa Monica, 2012)

Enjoyed looking at your work, so peaceful and serene. Thanks for sharing! – Christopher Jobson, editor-in-chief of Colossal

This photographic series: Dream Cloud Images is a personal body of work that was inspired by moving to Palm Desert, California in 2007 and has resulted in over 50K photos. They are offered as editorial and fine art images available for purchase and/or rights-protected commercial reproduction.

Most of my work is done in-camera; retouching is used mainly for detailing. I also have experience in digital output to a range of media: paper, fabric, vinyl, wallpaper, ceramics and more. I’m always interested in special assignments. 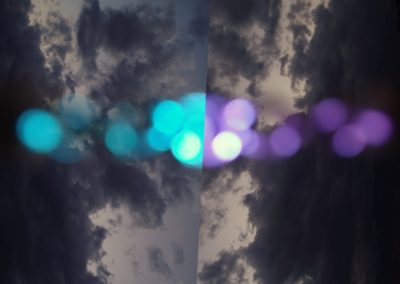 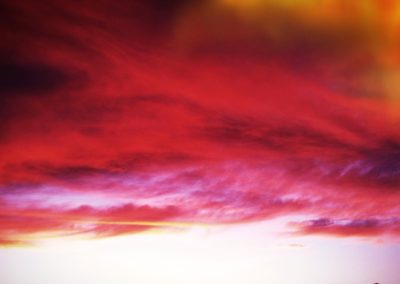 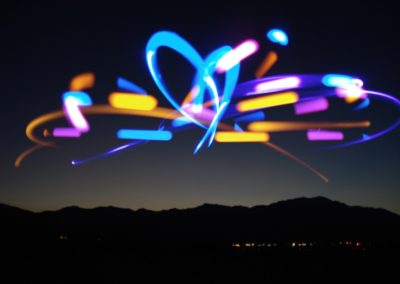 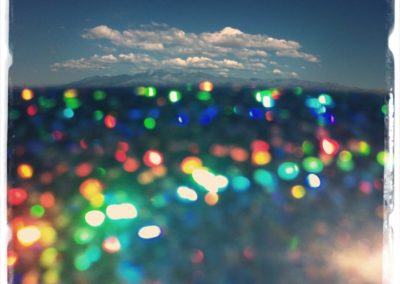 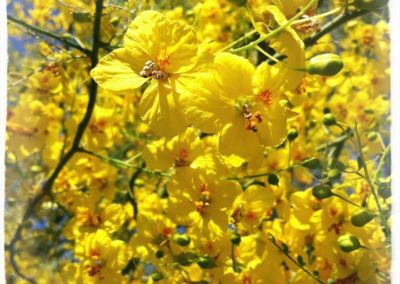 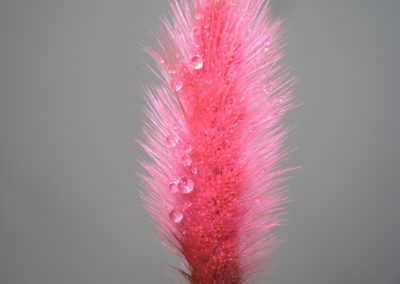 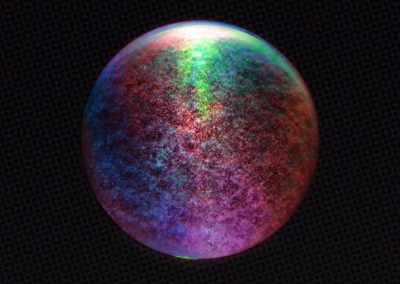 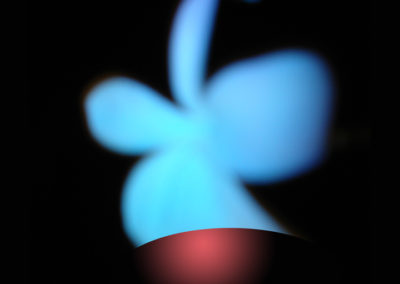 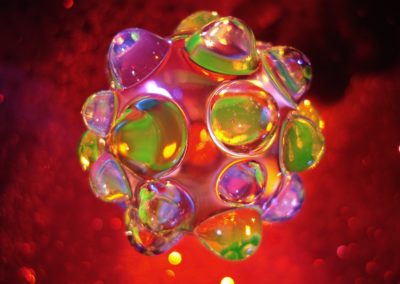 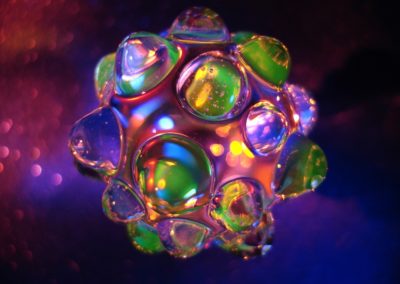 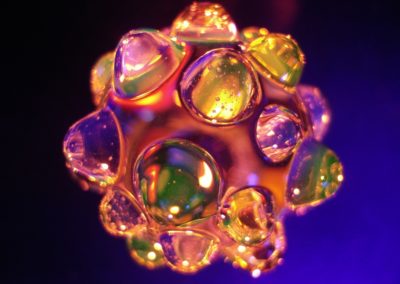 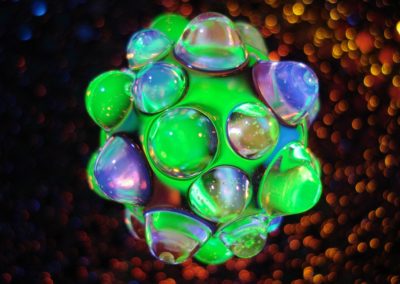 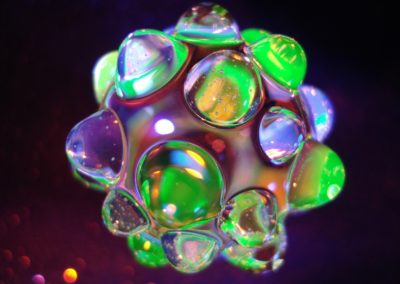 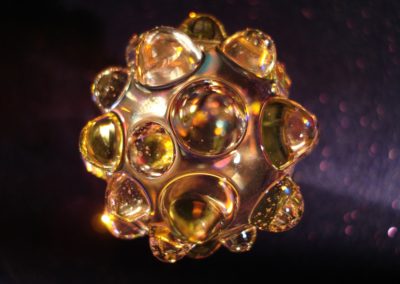 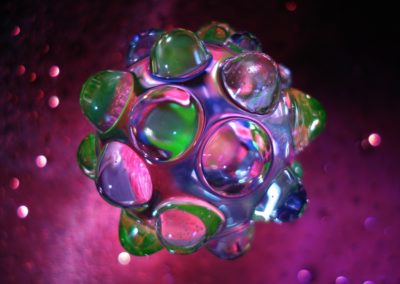 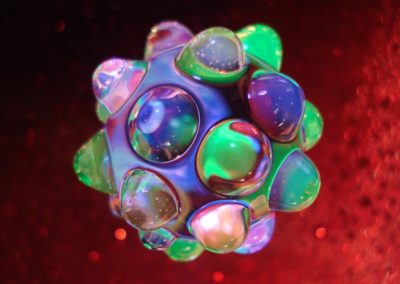 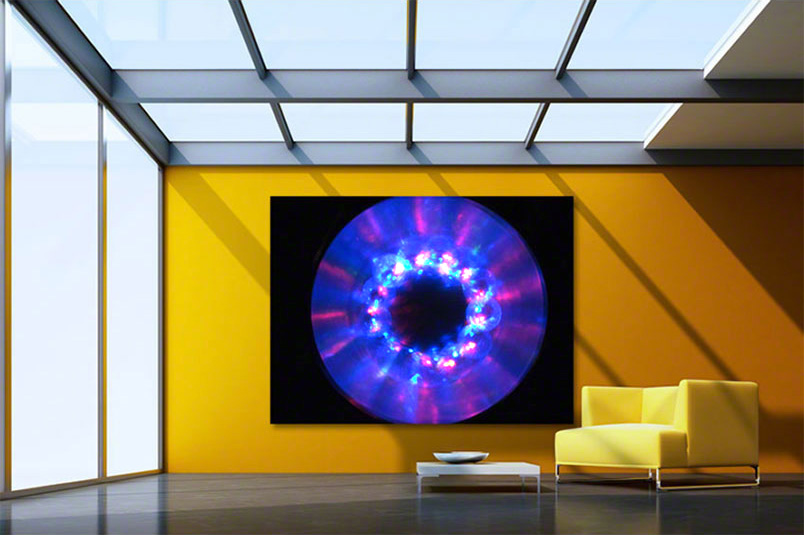 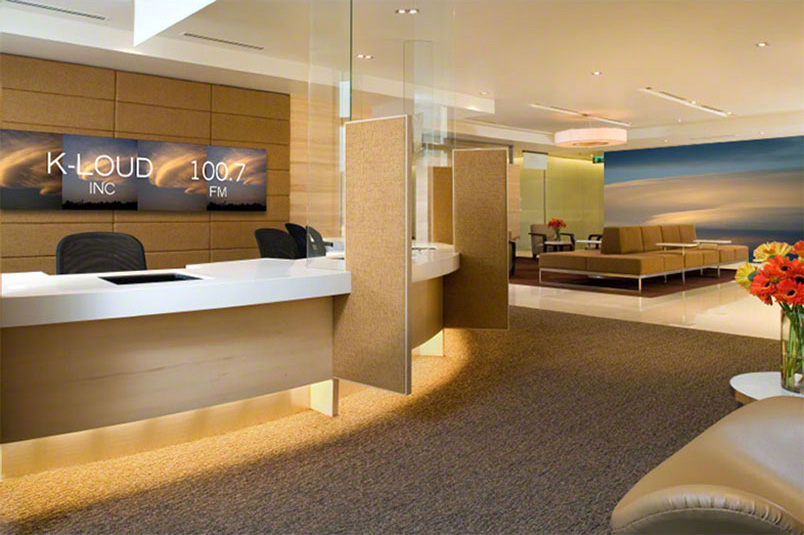 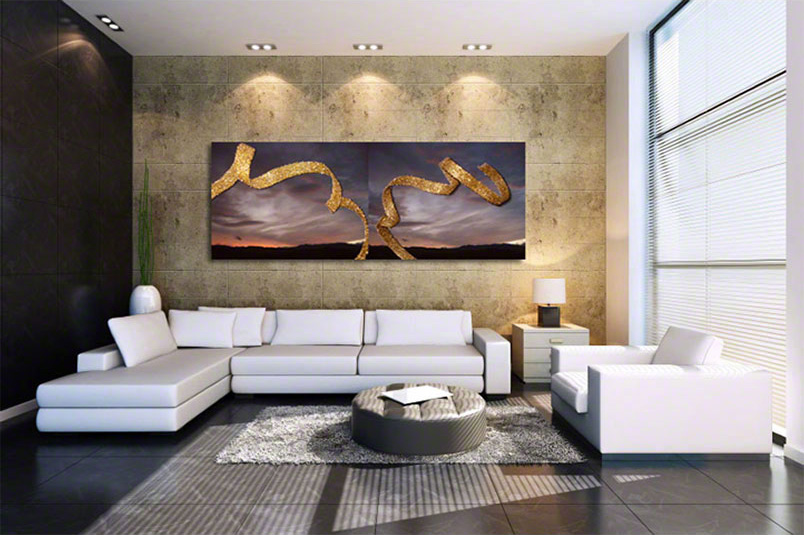 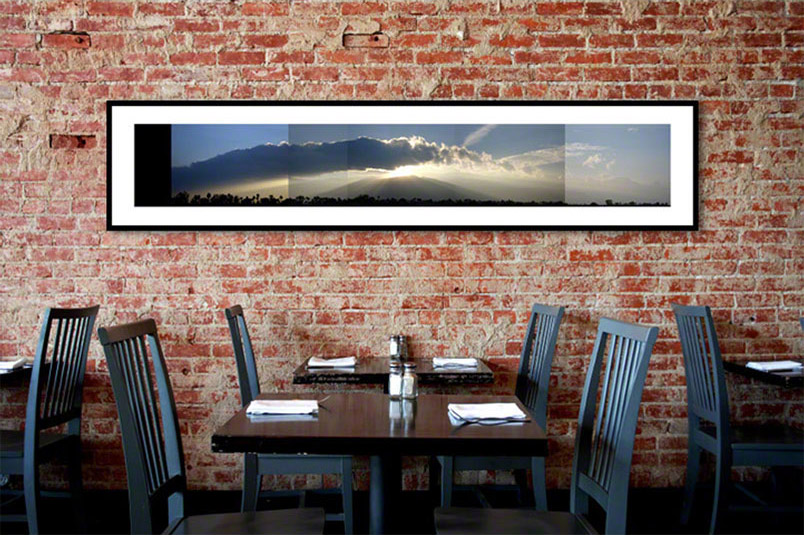 I’m very impressed by the photographs, but mystified by the subjects. What are they??

It’s interesting, I get that feedback quite often, “nice photo, what is it?” It must be because it’s recognized as a photograph vs. painting or other, and cameras record images of real objects in real environments, but questions linger over the fact that naming objects in my work isn’t always easy. Maybe I should describe the work as light paintings – but that may not help the situation.

For me they’re an exercise in imagination and storytelling. I frequently play off found objects asking myself, for example, “this is a nice pearl earring, what could I do with it? Is there another story this object could tell?”

mmm… how about a hot air balloon? 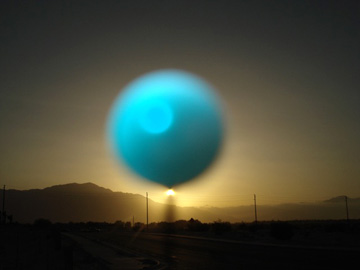 And then there’s the totally unexpected experience of when a broken piece of a beer bottle might be a tooth: 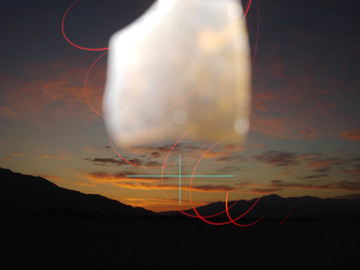 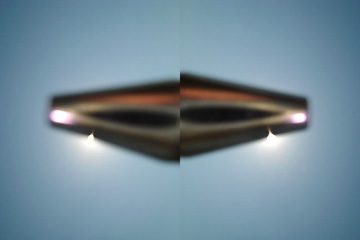 The object in this photo is a rainbow filter designed for a small camera that I mounted on a stick to be able to hold at distance. Scattered rainbows were produced by the filter and the setting sun; additional color in the foreground came from colored gels on my flash.

Many of the small objects in these experiments are back lit and fore lit at the same time. 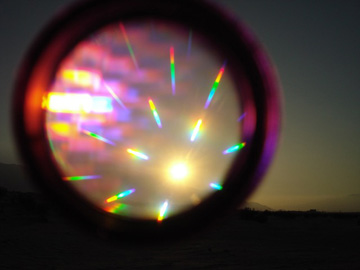 I sent this image to a couple friends last weekend calling it the Party Portal. 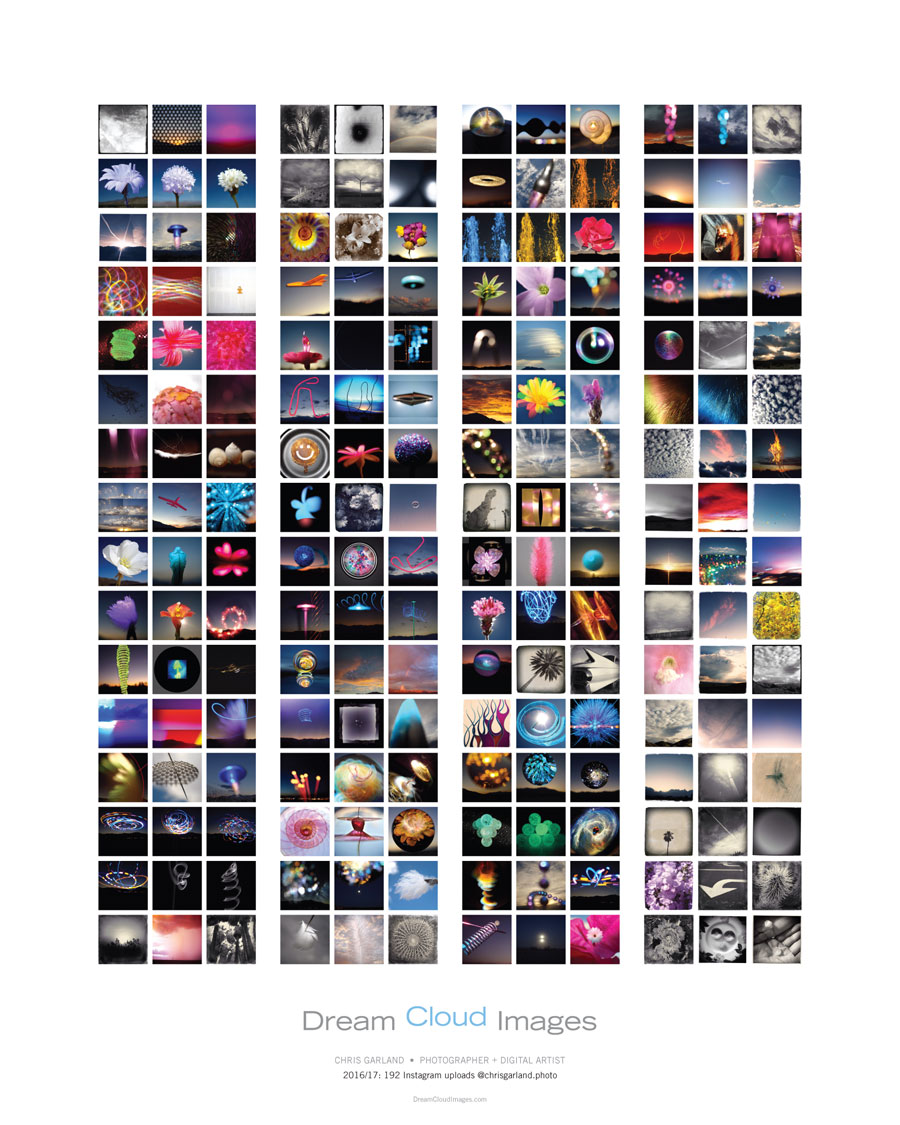 After uploading to Instagram for a year, I designed this poster displaying the first 192 images – suitable for output to 24″ x 30″ – download a 7 MB PDF.

Thanks for sharing the love! I appreciate your support, Cg