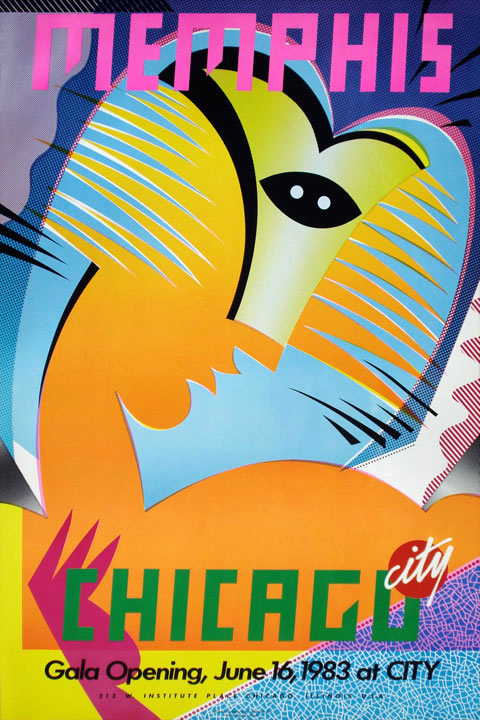 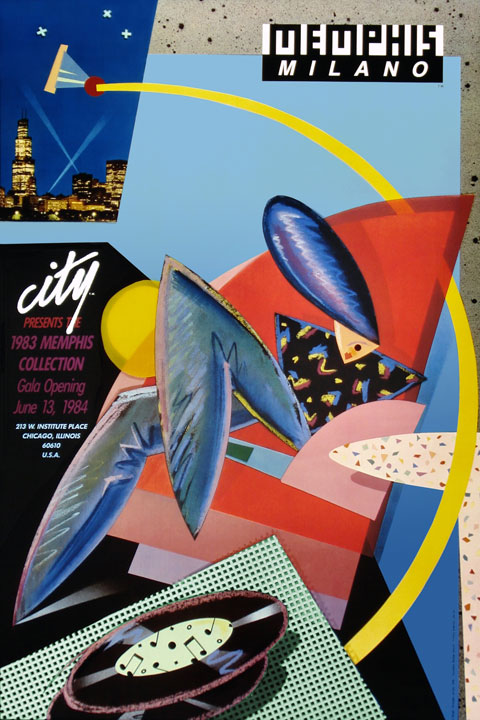 Special Limited Edition of 10 available with the CITY logo silkscreened in phosphorescent ink and hand-signed by the designer. From a press run of 500 only 50 of these silkscreened versions were produced. These posters offered are in pristine condition, offered unframed only.

Additional Notes: In 1983 CITY store was waiting for publicity photos to arrive from the Memphis studio in Milan… to promote a for-the-trade-only open house event in conjunction with Neocon/Chicago. The photos never arrived and CITY ran out of time. Chris Garland was asked to create a poster without product images and have it printed and delivered in a week. As a concept he chose to stylize the Chicago Picasso sculpture with a Memphis-like appearance. In collaboration with illustrator David Csicsko, work began on a Friday and mechanical art was delivered to the printer Monday. The image is not a drawing; it’s all hand cut overlays — one for each color of ink. No proof was made in advance of going on press. Delivery was made later that week.

The CITY event was a hit with 4 or 5 designers from Memphis/Milano showing up unexpectedly. Posters were carried back to Milan and put on display in their studio.